Montoya beach is a well-known beach of Punta del Este.
It is known for its extension, thick sand and wavy too, due to this reason is visited by surfers.

During the whole year it is visited by surfers and on it surf championships take place as well as volley and football ones. 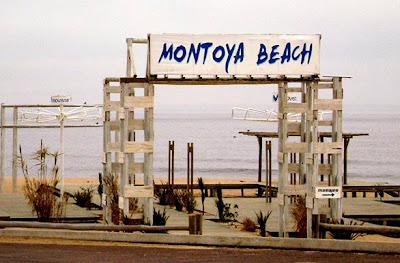 
This is one important ocean-facing beach in Punta del Este and one of the best-known ones in al the seaside town.

It is located immediately after La Barra and marks the beginning of a stretch of ocean beaches that continues up to the seaside resort known as Jose Ignacio.

Since it is a wide beach with great waves and coarse sand, one of the stages of the World Surfing Championship is held here during the summer.