Fingers is a famous sculpture that has become a symbol for Punta del Este and in turn has become one of Uruguay's most recognizable landmarks.

"The Fingers" is also known as either "The Hand" or Man Emerging into Life, is a sculpture in Punta del Este by Chilean artist Mario Irarrázabal and its completion in February 1982. 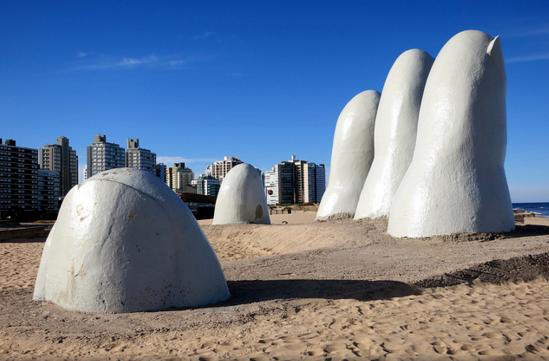 
Brava beach is a beach of thick sand and dangerous sea, the waves there are good for surf. In the Brava beach you will find many places where you can find food services and rental of umbrellas to enjoy a nice day at the beach.

Share the information Fingers in Uruguay with friends on social networks: